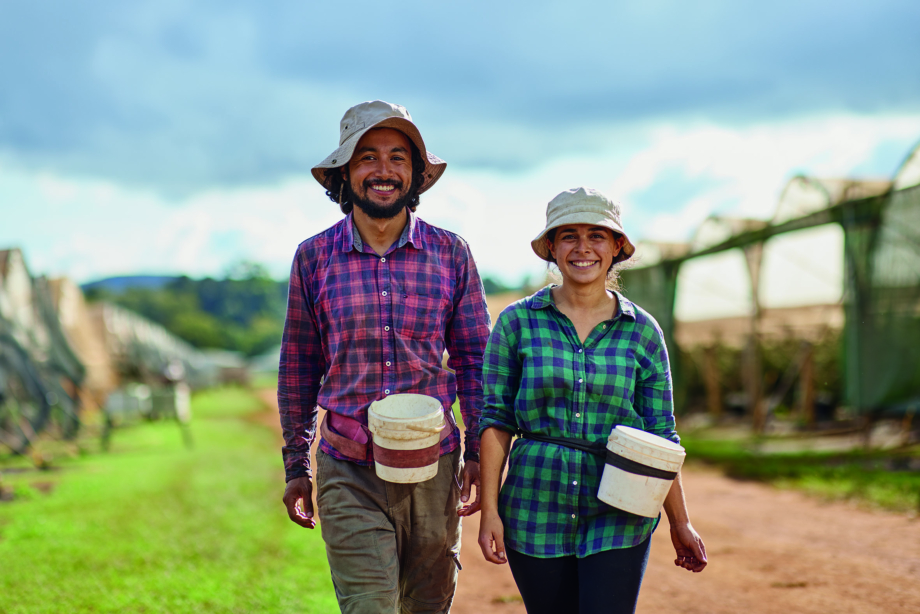 After making the decision to stay in Australia rather than return to their home in Chile, Cristobal Barriga and Valentina Vargas Guzman have found picking fruit is the perfect way to see the country.

The couple, who has been in Australia since February last year, started working with Costa Berries in Corindi, on the Mid North Coast of New South Wales in August last year before heading south and then north.  With Costa operating farms all around the country, it’s been an easy process to join the harvest trail.

“We started in Corindi in August last year, then we went to Tasmania and then we came up here to the Atherton Tablelands, in Far North Queensland,” Cristobal said.

“This allows you to go around Australia and save money.  Picking fruit is good for travelling, it’s more than enough money.”

Valentina said you meet a lot of people working on the farms and a lot of different cultures.

“You can talk with people and hear a lot of interesting stories while you are picking. That’s my favourite thing,” she said.

“It’s hard work, but it’s good working in nature. Usually the Costa farms are next to a beach or a forest. I like that more than the city, it’s a different kind of job.  You are part of a crew and that makes a difference, I like that.”

Cristobal said it could take a week or so to get used to the work.

“You have to get used to the work, but after a week you feel like you are doing it right. People sometimes give up because they think it’s too hard, but they don’t try enough or give it enough time. If you try for a week or maybe two weeks you get into the rhythm,” he said.

“At the beginning we were picking just for the extension for our visa, but now we are doing it because we can travel around Australia to different places and we can work at the same time. It’s a good option for us.

“The advantage of Costa is that there are farms everywhere. There are also different fruits, so you can pick whatever you want, and if you don’t like picking, there are other options like packing.”