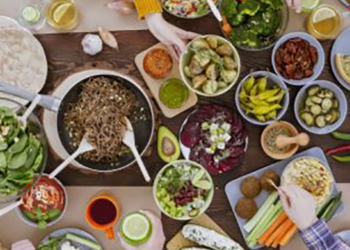 The Australian Fresh Produce Alliance of which Costa is a founding member has released a White Paper outlining a number of key recommendations to grow the value of the fresh produce industry from $9 billion to $20 billion by 2030.

The White Paper titled Growing a healthier Australia, the Fresh Produce Industry Roadmap highlights a number of initiatives which must be supported for future industry growth to occur, including the opening up of access to key export markets, clearly defined water policy which promotes an efficient trading market, access to reliable sources of labour both skilled and harvest workers, and investment in R&D and agtech to improve product development, quality and productivity.

“These are all crucial issues for the industry to grow to $20 billion in revenue by 2030. The fresh produce sector deserves a prominent seat at the table when it comes to the future direction of Australian agriculture and farming. This is due recognition for the role it plays in so many areas, whether it be the economic activity and employment it generates in regional and rural communities, the export income earned from clean and green fresh produce, or the role it plays in contributing to the health and well-being of the population, the fresh produce sector is undoubtedly a key player in Australia’s future success,” said AFPA Chairman and Costa Group CEO, Mr Harry Debney.