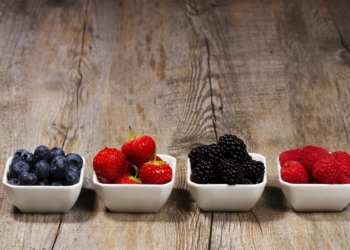 Russell Allwell, who has led the Costa/Driscoll Australia joint venture business since its inception, has accepted the position of Senior Vice President, Emerging Markets and New Geographies with Driscoll Strawberry Associates.

Under Russell’s stewardship over the past six years, Driscoll’s Australia has become the clear market leader in the Australian berry industry with sales approximating $300m annually. Importantly, the JV is also the market leader in each of the four individual berry categories, blueberries, raspberries, strawberries and blackberries, backed by the world-leading genetic IP of Costa and Driscoll’s.

Russell has overseen the development of the brand into the most sought after and trusted berry brand in the country with strong consumer recognition. Berries are now the number one fresh produce category in Australia. We wish to extend our thanks to Russell for his commitment and success over his tenure and congratulate him on his new appointment.

We are very pleased to announce that the new leader of Driscoll’s Australia will be Jon Gleeson. Jon is very well known having spent the past fifteen years working in the berry industry initially with Costa and latterly as sales and marketing manager for the JV over the past six years. Jon has an excellent depth of engagement with both growers and retailers and brings a wealth of knowledge and enthusiasm to lead the JV’s talented team into the next chapters of the journey. He accepts this key role at an exciting time for the company and we have great confidence in his ability.

Both of the JV Partners, Costa and Driscoll’s have provided a high level of commitment to the venture since inception and will continue to provide strong support and resourcing into the future given our belief in the industry’s future and our leading role in it.

In recognition of the continued international expansion of Costa’s berry category the new position of General Manager – Berry International has been created, with an internal Company announcement late last week confirming Mr Peter McPherson has been appointed to the role.

“With our blueberry plantings in Morocco continuing to achieve a major impact in the European marketplace and further expansion underway, plus the establishment of our China operations, the creation of this new dedicated role recognises just how important international markets will be into the future”, said Costa Managing Director and CEO, Mr Harry Debney.

Peter McPherson brings over 30 years of experience in the Australian berry industry to his role, having played an integral role in building the Costa berry category into the market leader that it is today.

“Peter’s experience and credentials in the global berry landscape are second to none and we are fortunate to have him assume direct accountability for our African Blue joint venture in Morocco, the developing joint venture with Driscoll’s in China, as well as Costa’s blueberry genetics and licencing activities across the globe,” said Mr Debney.

With Peter’s moving to his new role, Costa also announced the appointment of Mr David Jordan to the position of General Manager – Berry Australia. 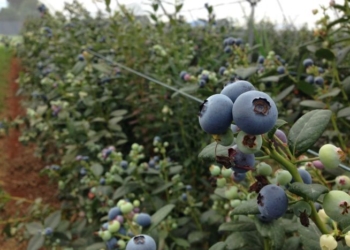 Tropical blueberry production has become quite visible on the Atherton Tableland, about 80 kilometres inland from Cairns, with endless rows of white, igloo-shaped tunnels standing starkly among the usual crops of potatoes, peanuts, corn and sugar cane.

The Costa Group said it expected to pick about 600 tonnes of blueberries in its far north Queensland orchards between May and November, with plans to expand its tropical berry footprint from 42 to 75 hectares in the next 12 months.

General Manager of the berry category for the Costa Group, Peter McPherson, said overcoming the challenges of growing blueberries in far north Queensland required a multi-million investment in genetic development and infrastructure.

“Obviously, it’s the heat conditions and the pest and disease issues that are prevalent with those conditions,” he said.

“Normally you talk about blueberries being high chill, so grown in the colder climates like Tasmania, or low to medium chill, which we normally grow around Coffs Harbour (in New South Wales), but this is virtually no chill.”

Mr McPherson said securing a supply of fresh blueberries 52-weeks-of-the-year had made it worthwhile.

The winter season has always been very high-priced and kept a lot of consumers from being able to put their hands in their pocket,” he said.

“Prices will come back down but also you’re seeing a huge increase in consumption per capita, consistent with other countries in the world.”

He said the demand and new production methods meant that it would be a profitable industry going forward.

A combination of a substrate, hydroponic growing system under purpose-built tunnels had mitigated the risks, including minimising but not eliminating the devastating consequences of frost and wind.

“The calibre of the steel and the way they’ve been built, they’re the most expensive tunnels we’ve ever put in the ground,” he said.

“So, in the rare occurrence and experiences we’ve had here, we’ve lost some plastic, had some tears, a few little misshapen tunnels etcetera but so far, fingers crossed, we’ve been happy.”

This harvest season, Costa Group’s normal workforce of 30 will swell to around 240 pickers consisting of Pacific Islanders employed under a government program as well as independent, seasonal workers and locals.

“We try to be fair, we pay by the book, do everything correctly and it’s about keeping a happy workforce and for the 30 years we’ve been in business, we’ve been able to do that. But we don’t need any backpacker tax.”

In partnership with the world’s largest berry marketing company, Driscoll, Costa Group is now looking to expand its markets into China for the first time.

“Globally, I think the potential is unlimited. It continues to grow year on year — 15 per cent is the norm and look, I can’t see that changing.”

“There are better genetics in the pipeline, we’re spending a lot of money in research and development.

“We have a very good alliance with Driscolls and together we’re going after those (export) opportunities.”